It won’t take you long to spot that this post has nothing to do with food. It also has nothing to do with drink (unless you count my eager sampling of many Red Bull cocktails…I never knew there were so many permutations of the drink!…I think I may have tried them all…Red Bull Cola, Red Bull tonic, Red Bull cranberry???….all accompanied by a rather too hefty helping of vodka, followed by not nearly enough sleep later on…what a surprise!…..anyway enough of that disgraceful behaviour).

This post is about an art exhibition I visited at the end of last week. An art exhibition you say? Well, it wasn’t any old art exhibition, it was a very special art exhibition created and inspired by two of my family members. There you see, now it all falls in to place. I am, to be honest, writing about this because I was in awe and admiration at the talents of my cousin Asa Medhurst and his long-term partner Nina Farrell.

Asa and Nina have been together, as partners and artistic collaborators for a long time now (almost 20 years) and both are collectively responsible for curating The Wing Assignment, their most recent project.

The Wing Assignment began life when Nina went off in search of wings for a personal project. Having searched the internet she finally found what she sought, but her search didn’t end here.  On their arrival the wings simply became a catalyst that set her imagination and ideas soaring. This was the trigger that led to this remarkable exhibition.

”captivated by the wings and the act of receiving them as an object, they evoked such a strong response and offered so much potential and opportunity that I was awake most of night imagining the possibilities”

And unlock those possibilities she certainly has! Not just in herself, but in the artists, friends, colleagues and collaborators that submitted work. 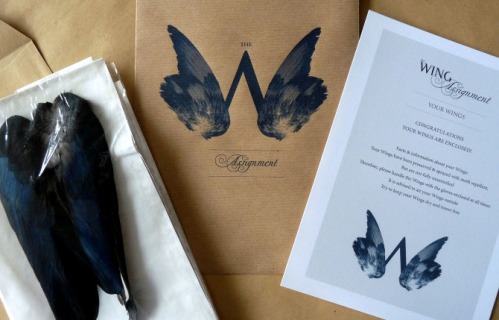 On registration would be contributors were sent a set of wings (sustainably sourced and a by-product of the food industry) by post, or as a scanned digital image. With it a brief asked the recipient to use them as inspiration for a piece of work. That was where the brief ended and the participants encouraged to explore their own  possibilities. Those first participating artists (mostly friends and colleagues) returned an eclectic array of work. Requests flooded back to them and the project grew in momentum. Word of mouth brought contributors from all over the world, as more people wanted to take part. Even one of my friends Paola from Dr Zigs giant bubbles submitted work (without me even telling her about the project!!).

In the end a total of sixty people contributed work which expressed such a vast array of ideas and offered many interpretations of ‘wings’, that it was impossible to leave uninspired. Themes of flight, freedom, life and death predominated and were portrayed with such beauty and emotion. Clearly I am not an art writer or critic, but I love art with a passion, so felt amazingly privilaged to be invited. 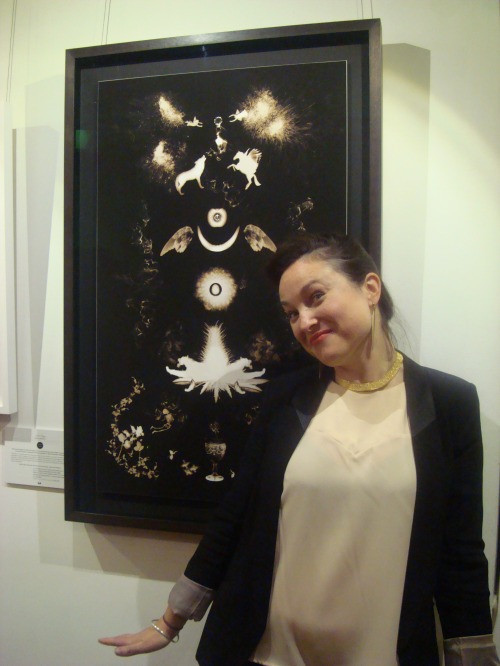 Asa and Nina and many of their contemporaries are hugely experienced graphic artists, creatives, illustrators, painters and photographers and the quality of the work on show reflected this, but I also have to show some awe for Asa’s little sister, Sadie Medhurst who has only recently started to air her writing talents. Her poetry is young, raw and unhindered by the restrictions of convention and format. Its full of life and emotion, as is her blog which clearly marks her out as an emerging talent still learning her craft.  At twenty-four she has plenty of time ahead.

Poet Sadie Medhurst…enjoying the free bar 😉 and below, her poem written for the Assignment: picture courtesy of The Wing Assignment

And finally, before I bore everyone with further tales of my talented family (of which I am without doubt very proud), I also have to mention Kate Withstandley, my sister. She wasn’t exhibiting this time, and was like me generally helping out and having a great time, but as a freelance photographer and writer of all things related to art, she will definitely be putting across her views on the night on her hugely successful art blog. 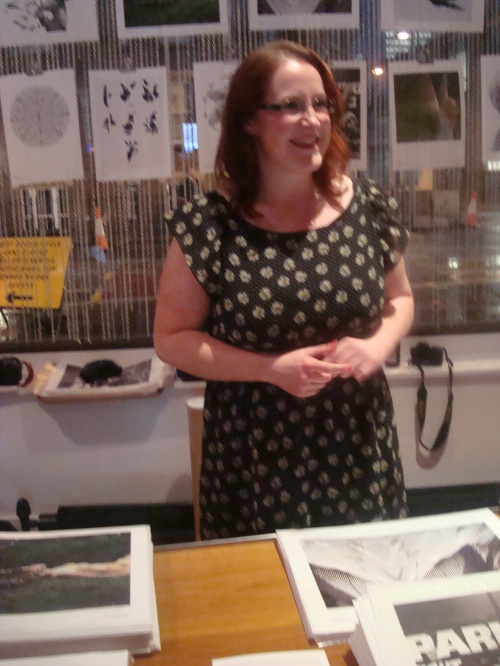 Kate helping out at the print shop

So without further ado here are more pictures from the night…. 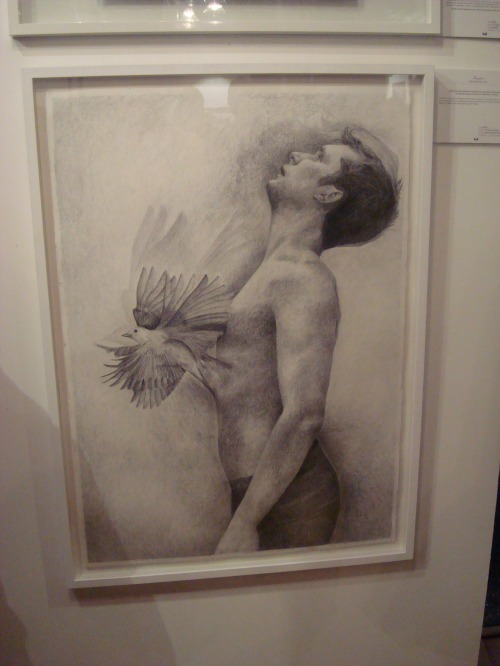 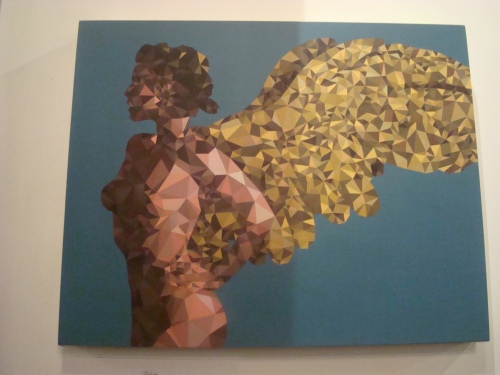 Lucy Welby ‘One for Sorrow’ 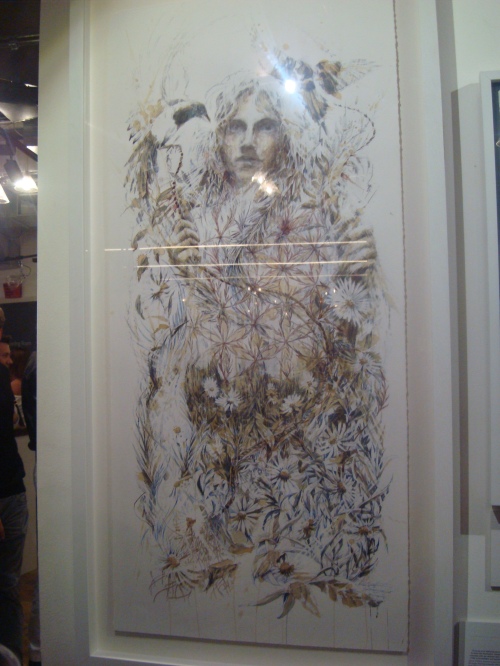 I came home clutching this signed Andre Wee print, much to my delight!

The Wing Assignment finishes at the Red Bull Studios on Tooley Street, London today, but all the artwork is on their website where you can also buy limited edition prints (a series of 100 signed art prints of each picture).