Next month see’s the Royal National Lifeboat Institution (RNLI) Fish Supper launch a new fundraising event created to raise money and awareness of the work the RNLI, but also to encourage individual’s to eat more fish!

Between the 9th and 11th October individual’s can host their own Fish Supper, inviting family and friends to share the meal while collecting donations and raising money for the RNLI charity. It doesn’t matter if you are an accomplished chef, cook or total amateur it’s about sharing and supporting our hard-working primarily volunteer, lifeboat crews who are on call 24 hours a day. Over 8,000 RNLI volunteer crew members look after our coastal waters across the UK and Ireland regularly missing their evening meals, so get your friends together and eat in their honour!

As I live close to the sea and act as a firm advocate for local seafood I was lucky enough to get the chance to attend the inaugural fish supper held at Moelfre Lifeboat station on Anglesey. Around 30 guests including lifeboat men and women, fishermen, seafood suppliers and restauranteurs gathered to sample canapes, made with locally supplied seafood followed by traditional fish and chips supplied by Moelfre’s Coastal cafe and Fish Bar.

Cywain Pysgod (which means fish in Welsh) supported the event. They are a project run by local business support company Menter a Busnes, and co-ordinated by Caroline Dawson, a passionate supporter of local seafood. Their aim is to create a more profitable and sustainable Welsh Fisheries sector by increasing the value of the catch through identifying new markets and developing new products. 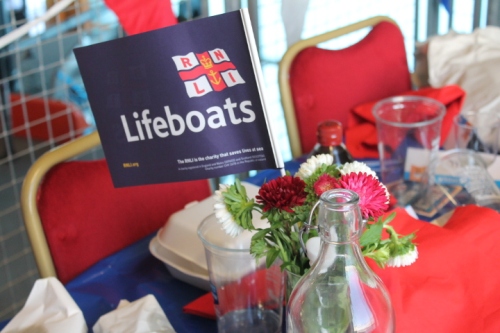 So, go on… get involved! Anyone can host a fish supper. There is a special page on the website where you can register. You will be sent a free party pack which includes recipe inspiration, party game ideas and place-name cards. The Fish Supper doesn’t have to be held between 9–11 October, it’s quite flexible although the RNLI asks that all Fish Supper donations are received by 7 November.

Our evening finished spectacularly with the launch of the lifeboat, a rare opportunity for me as it’s about half an hours drive from where I live, but it was a clear beautiful evening, with stunning views over the Irish sea and all in all it was quite exciting! 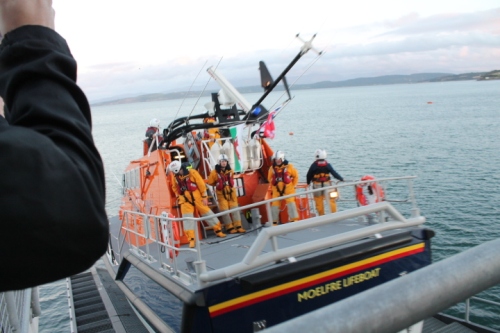 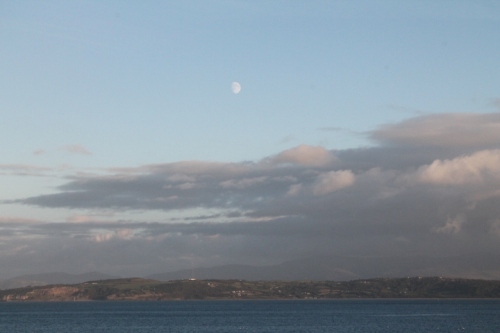 One day in Menai Bridge: The Seafood Festival in pictures

Today is the fourth anniversary of my blog. My very first post was a recipe for courgette chutney, (quite apt considering I currently have a glut in my fridge) but today I will mostly be writing about my amazing weekend.

What can I say? I keep finding myself smiling at random moments as I think back over Saturdays first ever Menai Seafood Festival. We thought people would come, we hoped it would be worth all the effort and hard work. We expected maybe three, four thousand but in the first hour we clocked 1,500 and stopped counting when numbers reached 8,500. We were gobsmacked (for want of a better phrase, but this perfectly describes our open-mouthed observations of the crowd that streamed into Menai Bridge). It didn’t just catch us, the organisers, off guard. Stall holders sold out in two hours, car parks overflowed and my demo tent had queues of people waiting to get in!

The total number of visitors was undoubtedly closer to 10,000. I’d call that a success, don’t know about you!

Sadly I didn’t get out to see much as I was so busy stage managing the demo tent, but here is small selection of the pictures I managed to snap on the day (between rounding up chefs, ingredients and getting the washing up done in-between demo’s)…I think the pictures speak volumes about how good our day was and how professional the event was. 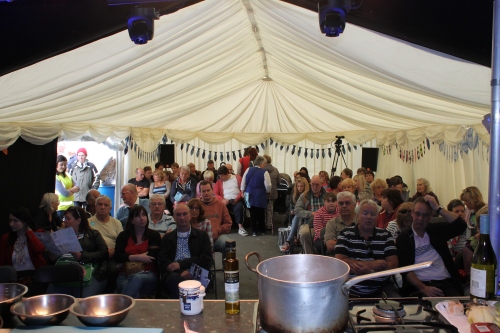 Demo tent at 10.30am packed already 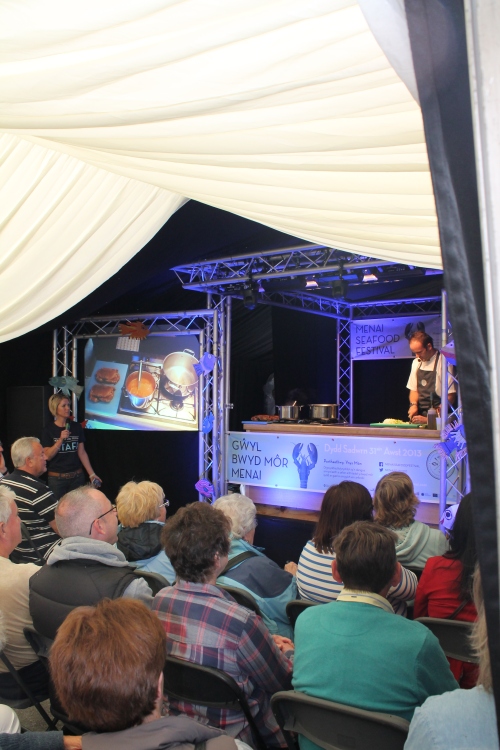 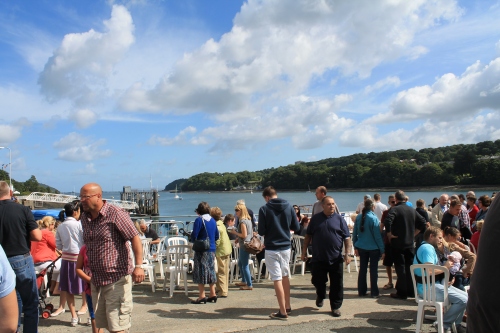 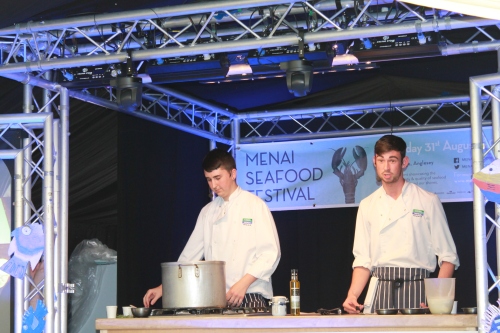 Young chefs Jake and Ioan do a double act as they cook up two mussel dishes….they had the audience in stitches. It was their first ever demo and they loved it (both are third year Coleg Menai students training as they work…one with the Bulkeley Hotel in Beaumaris and the other at the Hayloft Restaurant, Ye Olde Bulls Head in Beaumaris. 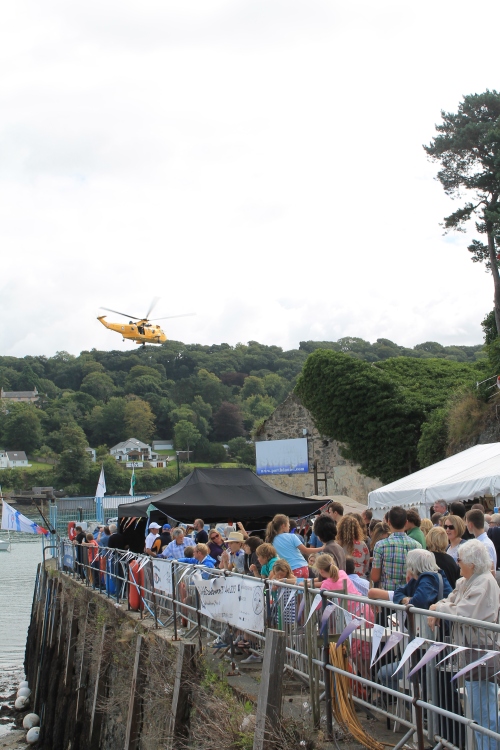 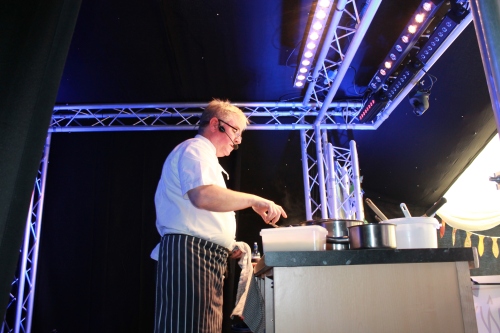 Bryan Webb from Tyddyn Llan, made four stunning dishes in just three-quarters of an hour!! 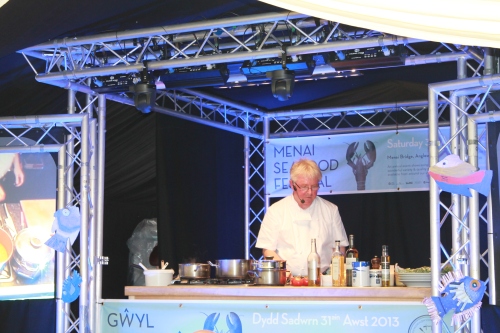 Our wonderful compere Elliw Williams from ATOM PR…dropped in it by me, she did a truly wonderful job especially as it was her first time compering

Matt White and I also did a double act…Matt is one of very few local fishmongers (he runs MJWhite Fishmongers) . He demonstrated how to fillet seabass and turbot

…while I demonstrated how to hot smoke at home, then pan fry turbot and make a simple white wine and cream sauce to go with it.

smoked seabass with beetroot slaw and a lime and ginger cream…the healthy option! 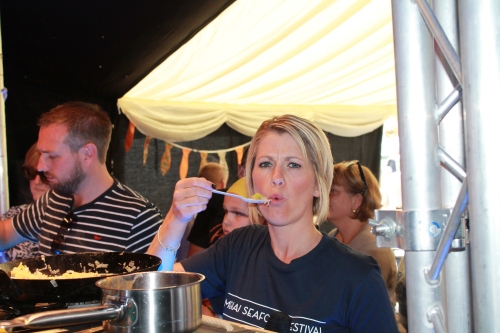 ….while Elliw enjoys the turbot dish

Choosing fish is a tricky business these days with so many endangered species and unethical fishing methods its hard to keep up! According to Hugh’ s fish fight (to which I am fully signed up) “half of the worlds fish stocks are fully exploited and another quarter over-fished” which means we need to be a bit more picky about what we choose and a bit more adventurous. This is  no mean feat when your nearest fish monger is a 20 mile drive away and I often only have the supermarket to rely on. Take last week for example; I’d gone off in the hope of purchasing some Pollack (line caught) for tea and having trawled (excuse the pun) all of my local supermarkets (Tesco, Waitrose and Morrison) was totally out of luck.

The MCS Pocket Good Fish Guide gives an idea to what fish are sustainable and acceptable. Somewhat disappointed at the lack of British sustainable fish in my local supermarket, I opted instead for a fair pollack substitute; line caught, farmed Tilapia. OK it’s not British (although I do know someone who rears Tilapia locally) but it is a lovely, light, firm fleshed white fish perfect for any dish which requires white fish!

So, in the absence of the vegetarian, fish hating, teen we filled our boots with a lovely Raymond Blanc meets High Fearnley-Whittingstall inspired dinner of crispy coated Tilapia grenobloise with potato puree and steamed and buttered spring cabbage.

Coat your fish fillets (skin removed) with seasoned flour, egg and breadcrumbs mixed with some fresh chopped thyme leaves. For the sauce I used about 50ml water with a little fish sock added, half a lemon segmented and roughly chopped (saving the juices), I dessertspoonful capers, half a small shallot finely chopped and a handful of parsley chopped. I simmered all of this together seasoning with a bit of salt and pepper. Ideally its made in the pan in which the fish was cooked,  but I was unable to do this as I fried the fish in breadcrumbs (as requested by the smallest member of the household). 1kg of desiree potatos were cooked, pushed through a mouli then mixed with 170ml warm milk, 60g butter, salt and pepper until a creamy puree is created. I then shredded and steamed some spring greens, which were finished with a some salt and pepper and a little knob of butter. Our fish was delicious with the sharp acidic sauce (while the little one had his with ketchup, oh well can’t keep everyone happy!)