Abandoned 18th Century Ironworks at Clydach Gorge, the site of our forage eexpedition

Day two of the Abergavenny Food Festival dawned and I decided to escape the bustle of town for a while. The weather was beautiful and the lure of a forage tour entitled Forgotten Landscapes drew me in. Much as I love town/city life I guess I’m a country girl at heart and I keenly grasped the opportunity to explore around Abergavenny, something I’ve not had the opportunity to do, despite working at the Green Man Festival for the last three years.

The tour was led by hedgerow guru Adele Nozedar, author of The Hedgerow Handbook and enthusiastic exponent of getting outside to collect wild food!  It turned out to be the perfect start to the day, a hill walk to get the circulation going, with stunning views to waken and  enthuse the senses, combined with words of plant wisdom from Adele. 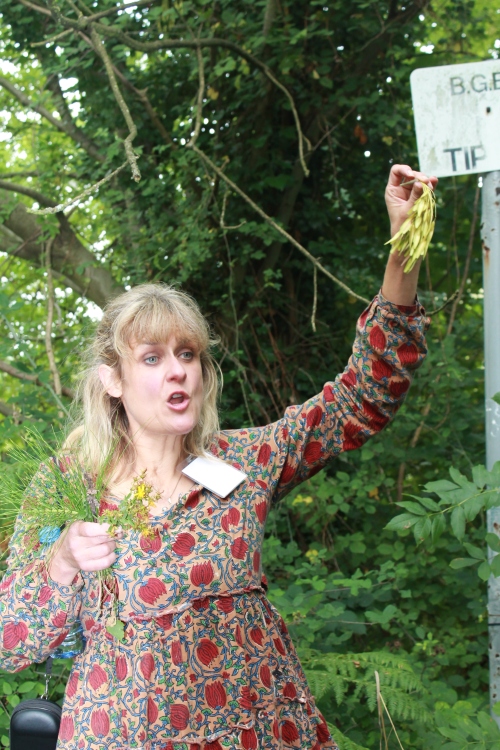 Adele telling us all about Ash keys

I think of myself as a pretty avid forager. I pick a variety of seasonal fruit from the hedgerows; sloes, blackberries, elder flowers and berries, rosehips, ramsons and sorrel. Occasionally I manage to grab crab apples when they have a good season. Adele on the other hand knows the secrets of more than just the most popular plants. As we ambled up hill she regularly cried “STOP!” and drew our attention to plants like coltsfoot, plantain, horsetail, ground elder, and hedge woundwort. Who knew that woundwort stems the flow of blood so efficiently? A few leaves applied to a cut and hey presto! bleeding stops. She is a goldmine of useful information on plant history and folk tales and has an extensive knowledge of medicinal as well as culinary herbs. Inspired, I picked up her book, which I know will prove a very valuable addition to this forager’s library. It’s easy to get stuck in a groove cooking the same foods and making the same things so I’m looking forward to trying out some of the recipes in the book.

Watching Adele in action reminded me of a friend of mine, Jules Cooper from the Incredible Edible Hedgerow project who has the same enthused approach to explaining nature and loves sharing her knowledge. I secretly wondered what it would be like to throw the pair of them together, and then sit back and listen to the conversation. 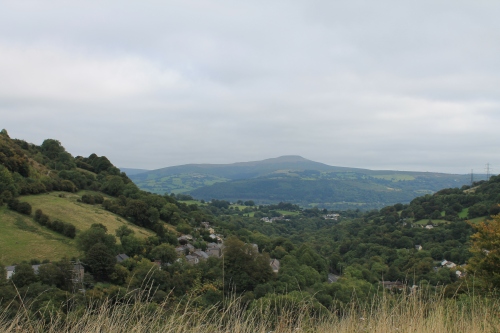 We had such a lovely day we ran over time, so it was a brisk walk downhill to our coach with just enough time for a bit of tasting. Adele gave everyone two sweets, having us guess what ingredients she’d used. The flavours of the first were an easy guess for me – jellies made from a distinctive mix of elderberry syrup and elderflower syrup. She’d already given the game away as earlier she told me she’d get me liking elderberry (which I find quite harsh normally). The second was a creamy centred chocolate. Adele informed me no one had ever guessed the secret ingredient. The centre had a caramel taste, but not sweet and sugary. She gave me a clue that it was a common plant found in the garden. I had a feeling I knew what it was. Is it a weed? Has it got a yellow flower? Is it Dandelion? It was, but not the flower. I was very pleased with myself for getting it right. Something in the back of my mind reminded me that dandelion root is often used in coffee substitutes, as it has a caramel taste when roasted.

Back in Abergavenny time was short. I missed lunch, did a quick bit of shopping for gifts to take home and headed off to The Borough Theatre for a talk/tasting with Xanthe Clay and William Chase (the man behind Chase Vodka and Tyrells crisps), entitled The Spirit of Enterprise. I love to listen to stories of succesful entrepreneurship. Triumph over adversity where you start with nothing but an idea, and then building, creating, facing defeat, riding the hard times and finally making something work. They are the stories that drive us new entrepreneurs with small or growing businesses. They inspire and motivate and tell us that nothing is impossible with a bit of hard work and commitment. 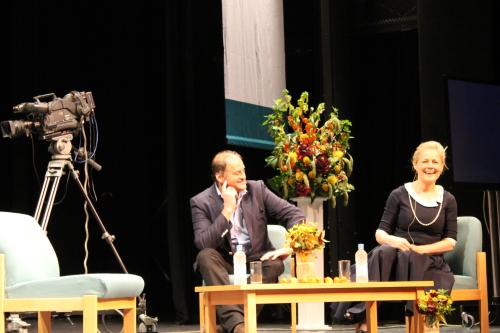 Will Chase farmed potatoes for years. He didn’t shy away from talking about bankruptcy and starting over. His father made him buy the farm, no inheritance for Will, and I guess that taught him that nothing comes for free. He sold potatoes as a commodity but it didn’t work out and didn’t inspire him. Then came what he calls his “eureka” moment. He saw the potential for his potatoes not as a commodity but what they could become. This was the moment he came up with the idea to turn them into crisps and in 2002 he formed Tyrrells.

With Tyrrells growing fast Will went looking at other avenues. In 2004 while travelling the States he stumbled across a small distillery that made potato vodka. A seed was planted. Will returned home, had a think and the idea matured and grew until he decided that vodka making would be a lot more fun! Production started and it soon transpired that you actually need a lot of crop to produce a small amount of vodka  (16 tonnes of potatoes made only 1000 litres of alcohol!). Disheartened initially, he soon realised that this produced a higher quality product than the other mass-produced vodka on the market.This heralded the birth of Chase Vodka 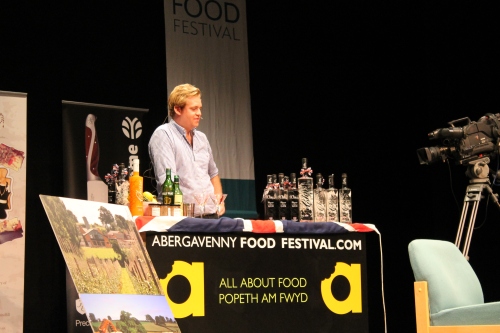 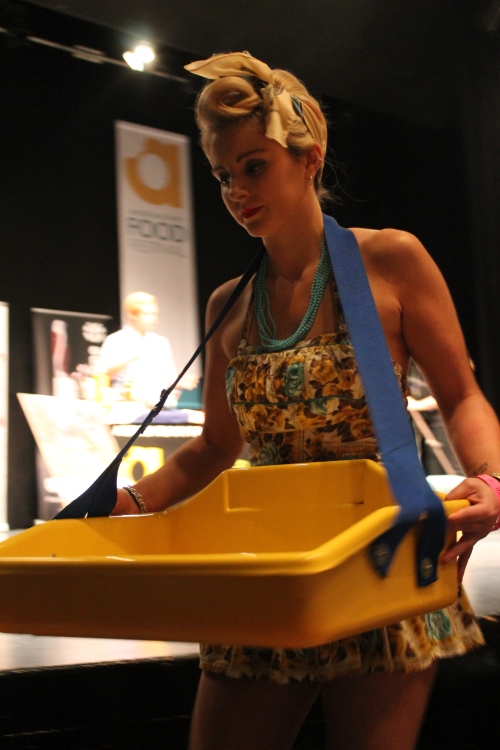 While we listened to Xanthe and Will we were treated to arse-kicking cocktail tasters mixed by bar manager Dominic Jacobs and served by the exceptionally glamorous mixettes, dressed head to toe in beautiful vintage outfits provided by a local shop. For a few minutes I sat musing over the contrasting experiences of the day, like stepping from an Indiana Jones movie set to full on James Bond. As I sipped dry Martini and rhubarb and ginger gin I rued the decision to skip lunch, the slightly glazed expression I wore as I left the theatre testament to an empty stomach.